Home » All Books » Bobby Brown: The Truth, The Whole Truth and Nothing But…
Tweet 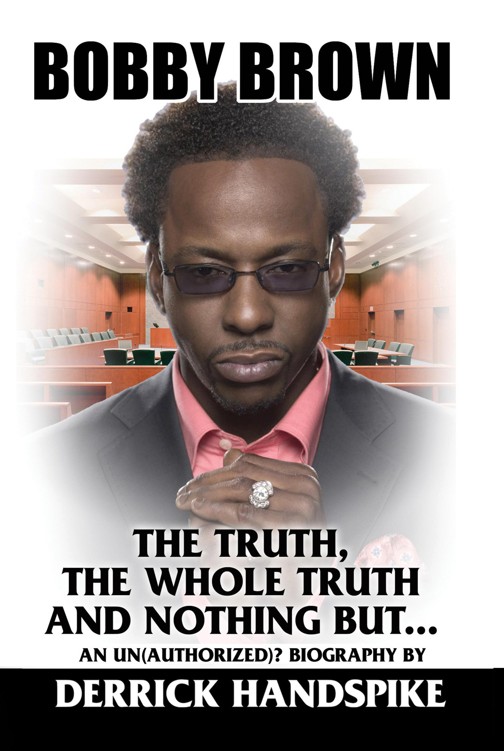 Imagine being in one of the most successful boy bands of all time, “New Edition;” Then leave the group to become one of the biggest pop stars in the world; Date some of the most world renown celebrities, such as Janet Jackson and Madonna; Sleep with thousands of women and top it off by marrying one of the world’s greatest entertainers known, Whitney Houston! Thus, you have the life of Bobby Brown. Now imagine selling millions of albums, winning Grammy’s and other prestigious awards, being on the VIP list of the president, politicians, and Kings and Queens alike only to watch your fame, fortune, and finances destroyed due to a life of drugs, bad habits and bad press.

Forced to live his life under the public microscope, we’ve seen the rise and fall of Bobby Brown. We’ve heard all of the negative stories regarding, jail sentences, domestic violence, assault, child support issues, a public divorce, his infamous relationship with Karrine “Supahead” Steffans and more told by the media. Now it’s time to hear Bobby’s story! Bobby Brown: The Truth, The Whole Truth and Nothing But… sets the record straight, proving that there are two sides to every story. Responding to a media that paints a negative depiction of his life. The Truth, The Whole Truth, and Nothing But… takes you on an emotional journey as Bobby is fully exposed in this in depth story of his many triumphs, trials and tribulations. Hear true confessions of drug addictions, a life threatening overdose, the real reason he left New Edition and intimate stories of his relationship with Whitney Houston. Filled with his experiences of love, hate, joy and pain, this book is sure to teach many valuable lessons and the consequences of coping with the pressures of the whole world knowing your name. These lessons reveal that the same fame that makes you can unfortunately break you. This timeless piece shows how Bobby refused to let his future be affected by the mistakes of his past. Through self-evaluation, close reflections, and spiritual guidance, he overcomes adversity.