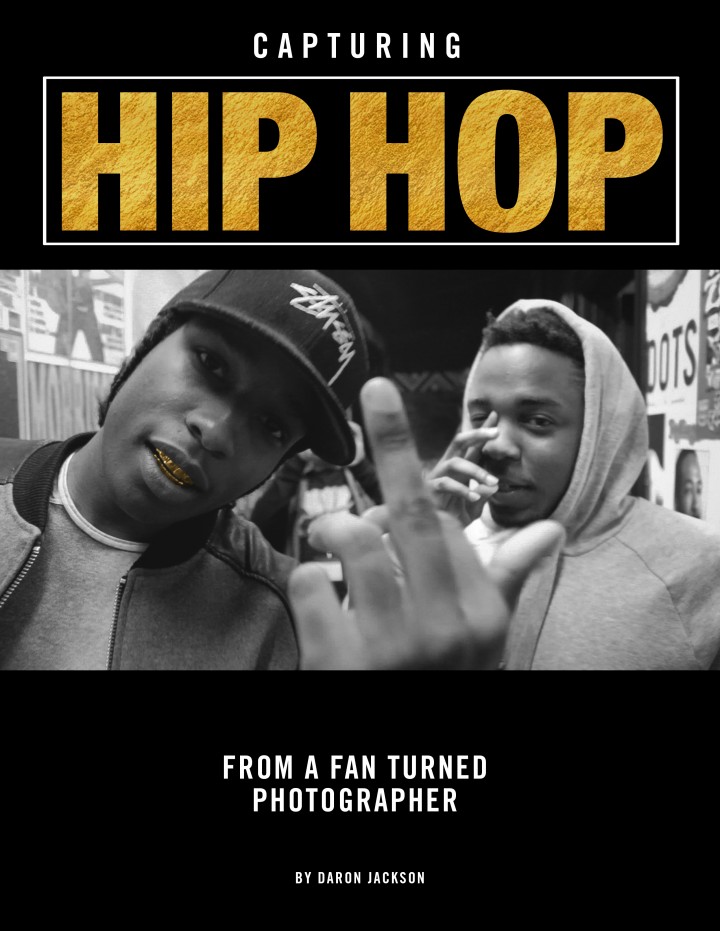 DaRon Jackson AKA Whoizhe was just a hip-hop fan.  It just so happened that he knew how to take photographs. In fact, he was always the guy behind the camera at family barbeques and birthday parties. There was one thing he loved more than photography and that was hip-hop.  Both were passions of his, although they were still just something he enjoyed doing as hobbies. Then it all changed. A friend sent him a link to a freestyle video to check out for fun. But someone in the video caught his attention and so he decided to reach out to him on MySpace. That’s where his relationship with Kendrick Lamar was established.

Long before DaRon started shooting for Kendrick and TDE, he got invited to a Joell Ortiz show by his friend Kahlee, a local artist from the group The Seed. It was Kahlee who suggested DaRon bring his camera because he knew he could capture raw moments that hip-hop fans would appreciate, more so than other seasoned photographers. It was then that DaRon’s love for hip-hop and photography merged and it became a career. Whoizhe got to know Kendrick and the TDE family more intimately, while at the same time becoming a force within the hip-hop industry. Soon he was at every show in town and being asked to go on tour with some of his favorite artists.