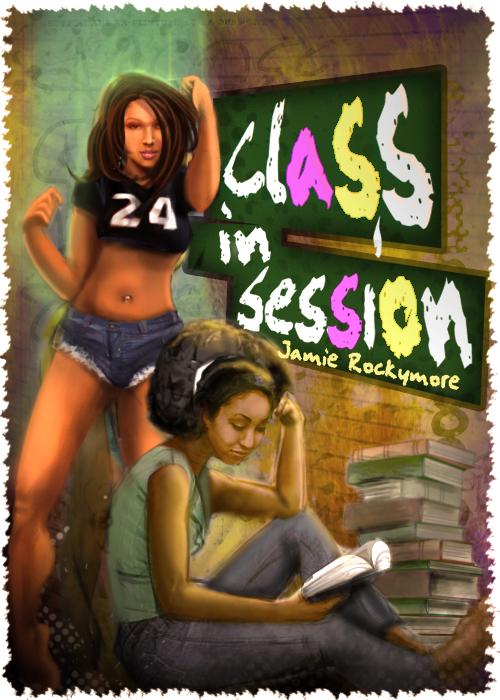 Honesty’s a naïve girl who is starting her freshman year at Salton University. Over the years she was a sheltered girl, joined at the hip with her father Howard. She had never been in a serious relationship with any guy nor has ever been intimate with a man. Due to Howard being hard on her she rarely had a social life, but the positive outcome of all that studying was when she got accepted to Salton University on a four-year scholarship. This was a major success in Honesty’s and Howard’s life. She would be away from her father for four years but Honesty knew she owed it to herself. She’s excited to be away from home and to experience a different atmosphere. Although her father is a major support system, Victoria, her mother is not. Victoria shows up every once in a while trying to do the minimum for Honesty. Her best friend India is her back bone during her first year of college. A person who she needs to have around…a lot!

India’s sassy, sexy, and intelligent attitude gets the best of these college men. Her confidence came from her luscious body throughout her years of high school guys would drool over her. Females would envy her while she was dating her high school sweetheart Joshua. After a moment of passion Joshua breaks up with India causing her to be mortified. She learns to deal with her break up as she enters her first year of college. She quickly gets over Joshua and becomes involved with a few men on campus. She rarely studies and partying becomes her new best friend.

With Honesty being so focused in school and India’s partying habits, these girls have to learn how to deal with each other in one small dorm room. India’s ways gets into Honesty’s studying habits, which leads both teenage girls through an emotional roller coaster ride. Class in session is a novel you will not put down after reading the first page. It’s filled with excitement that will keep you on the edge of your seat!