Home » All Books » My Name Is Curtis Snow, And I’m A “G” – AUTOBIOGRAPHY
Tweet 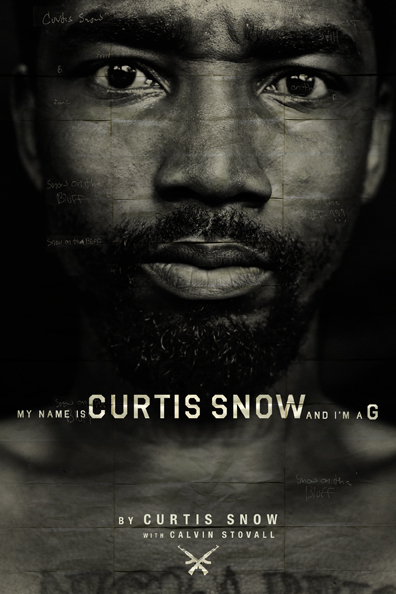 Autobiography of star of acclaimed film “Snow On Da Bluff” – Curtis Snow – detailing the gritty and graphic moments of his life while growing up in Georgia’s crime infested neighborhood known as “The Bluff.”

Curtis Snow, who rose to national fame with the release of his dramatic film “Snow on the Bluff,” today unveils his new book titled “My Name is Curtis Snow and I’m a G,” detailing the gritty and graphic moments of his life while growing up in Georgia’s crime infested neighborhood known as “The Bluff.” Snow captured movie audiences everywhere with shocking real life events depicting his drug-slinging, gang-shooting days in theinfamous neighborhood. The film inspired rap artist B.o.B to title his mixtape “Fuck Em We Ball” after a phrase used in the movie, and rappers Gucci Mane and Killer Mike to make references in their songs, while Atlanta superstar T.I. invited Snow to make an appearance in his music video “Trap Back Jumpin’.” Snow’s mentor and esteemed film producer/screenwriter/producer John Singleton says he’s “really proud of Curtis and what he‘s been able to achieve.”

Snow’s newfound fame set the stage for his debut autobiography providing a closer look at his life introduced in the film – a life of poverty, death, violence, survival, and ultimately hope. “The book shows the progression of Curtis Snow as a man and how he dealt with life including the death of his brother, mother and cousin all in one week. It’s a true reality check of the shocking events he lived through that most people will never experience in their lifetime,” explains Snow’s manager David Kim.

In the book, Snow introduces a new definition of the “hood” term “G” as a “genius” instead of gangster, referencing the fact that he and others like him couldn’t have made it through their tough upbringing without creative brain power. “I know people will be able to relate to what I went through when they read my book. It’s going to make you feel something…you’ll get mad, you’ll laugh, you may cry. But everything is true,” says Snow. In the book, the new author also mentions how his film deal for “Snow on the Bluff” was a tough learning experience and how he’s been taken advantage of since the movie was released.

Fans of the film can expect more details in the book of certain portions depicted in the movie, as well as a myriad of new information providing a real glimpse into how Curtis Snow became who he is today. “I know people have been through some of the same things I have. I want to encourage them…don’t give up. Some of the best talent is on the street. If you have God-given talent, use it,” notes Snow.

The aspiring actor continues to stay positive while moving forward in his life. With upcoming plans to promote his new book, Snow is also gearing up for his collaboration with popular skate brand DGK to release an exclusive t-shirt and skateboard very soon.