Home » All Books » Definition of Down: My Life With Ice T & the Birth Of Hip Hop
Tweet 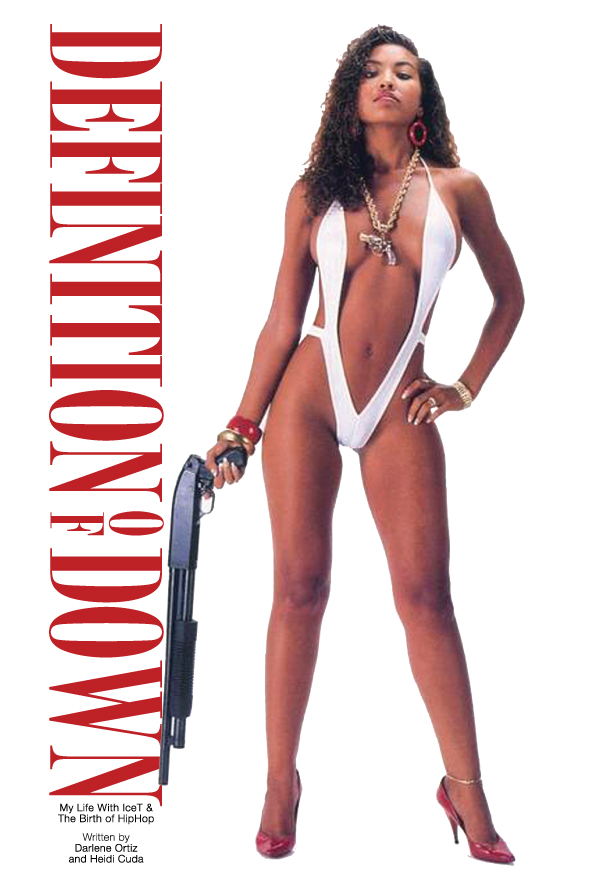 THE DEFINITION OF DOWN:My Life with Ice T and the Birth of Hip Hop

Cover girl, b-girl, radio host and fitness queen, Darlene Ortiz is all that and a bag of chips. An icon in the history of rap, Darlene “The Queen” Ortiz rose to fame as the better half of veteran rapper/actor Ice T, who she met at the famed nightclub Radiotron at the age of 17. Long before the two would become the first power couple of the hip-hop generation, Ortiz was making a name for herself as a b-girl in early 80s dance crews. Despite a bittersweet breakup after 17 years with Ice “Tracy” Marrow, she always kept it classy. She’s been dubbed the Sophia Loren of rap for her timeless beauty and is still sought after for provocative cover shoots, a result of the classic “Power” album, the rap generation equivalent of Farrah Fawcett’s iconic red bathing suit poster.

Often in the shadow of her famed ex, Ortiz is now front in center with the “Definition of Down,” her first book being released on hip-hop impresario Paul Stewart’s new book imprint, Over the Edge Books.

It’s far from a tawdry tell-all. In fact, it’s a celebration of the cultural revolution known as hip-hop, an artistic explosion that changed the world. Ortiz bravely documents her early days, the daughter of Rose, an alcoholic mom who makes Gemma from “Sons of Anarchy” look like Mother Theresa. The brutality of Rose was offset by a loving father, Pete, an army private who was a cool as ice, and who accepted Ice into the family at a time when interracial marriages were still taboo in Latino culture.

“Definition of Down” celebrates the early crazy groundbreaking and fun days of rap, when a handful of musician-poets were changing the world from coast to coast. We also get to meet Ice T at his flyest, a struggling young artist who was supported by one down woman, a woman that made her mark on a scene that loves her back and has her back. More than 100 never-seen early photos of many cultural and hip hop icons are throughout the book.

Definition of Down: Ice T and Me…. Rap’s First Power Couple and the Rise of the Hip-Hop Revolution