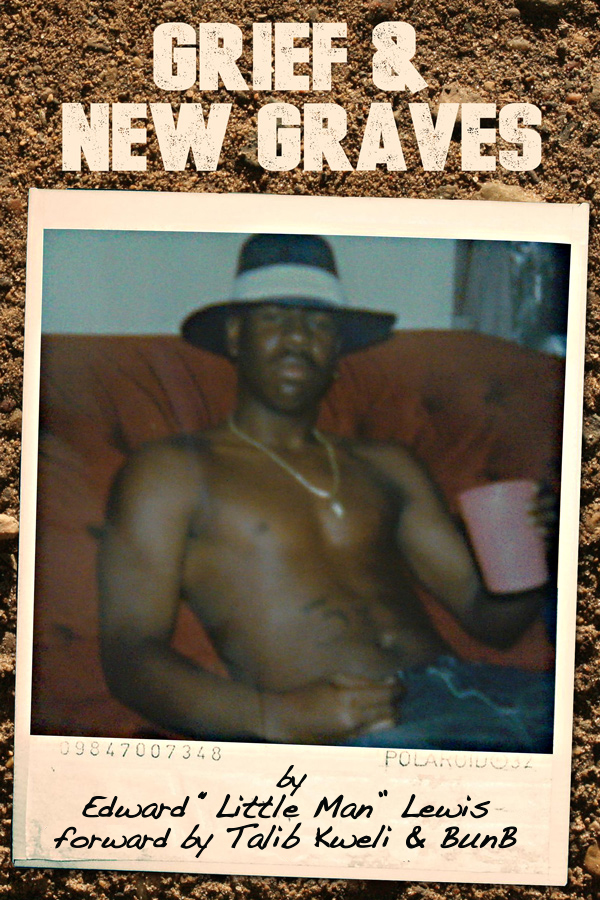 Grief and New Graves is a powerful testimony about the harsh world our youth of today are navigating. Must read for all parents, no matter the color.

“A book that will change your mind about joining or being in a gang.”

This is the story of a true leader that was raised on the north side of Houston, Texas. How did a young kid who was into sports get involved in a life of gangs and violence? My mother always told me that living that lifestyle I would end up dead or in prison. I should have listened to my mother!!!

Quote from Bun B. – Grief and New Graves is a powerful testimony about the harsh world our youth of today are navigating. Must read for all parents, no matter the color.

Quote from Talib Kweli – Rarely do we get to experience a voice as raw as Lil Man’s. His story is one of anger, passion, loss, redemption, fear and forgiveness. His story is all too common yet unique at the same time. I learn from this and enjoyed it.

People ask me why I became a writer. I didn’t write this to be thought of as a “writer.” I wrote this book because there are far too many deaths, imprisonments, and innocent victims that gang violence has been the cause of. This book is dedicated to the young people who feel they have no choice but to join gangs and to the many families that are destroyed by gang violence.

Growing up in Houston, I was known as Little Man, the leader of the Crip Cartel. I’ve seen the pain that death causes, I’ve felt the hurt caused by the death of someone’s family member, friend or loved one. My past experience as a gang leader has giving me the ability to put this book together. God willing, after reading this book, joining a gang will no longer be an option for you. However, this book is not only for kids or gang members; it’s also for parents and anyone who realizes the toll the vicious cycle of gang violence has taken on our communities.

Marshall Middle School on Houston’s north side was my zone junior high school, so that’s where I went when I was a pre-teenager. Th school was mostly Mexicans, with a few Blacks and even fewer Whites, and going there was no picnic. At Marshall you had to be tough or else you were going to get bullied every day. The area surrounding the school was poverty stricken and crime ridden and the student body reflected these problems. There were daily gang fights after school, so linking up with the right crew was essential to survival. Hanging with Chino and the Play Boys got me into a lot of trouble, but it also built up my reputation among the Mexicans. We thought we were the baddest gangsters ever. I remember this one time when another Mexican dude took a liking to Chino’s little sister, which Chino did not approve of. When Chino threatened to shoot this guy, the guy left Chino’s sister alone. No one took Chino for a joke because he always carried a gun with him, so I began to carry one as well….