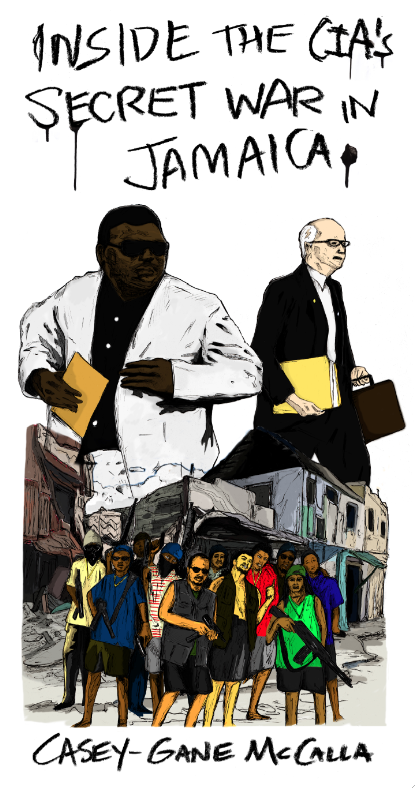 Intro to the book.. I have several reasons for writing a book on the CIA in Jamaica. There have been several allegations of the agency’s destructive involvement in the country for years. Stories of CIA sponsored guns, drugs and violence have been around for my whole life. My father is from Jamaica so it has been a country I have been interested in for a long time. As a child I would travel to Jamaica for vacations and holiday staying in nice neighborhoods in the capital of Kingston.

Still from the sheltered bougie Kingston houses I could clearly see that Jamaica was drastically different than the USA. I would notice the poorly clothed children in the shanty towns living in tin houses. I would notice the policemen who unlike the American policeman who carried pistols, carried M-16 machine guns.

While driving through Kingston I saw graffiti, that caught my eye. In many of the poor neighborhoods that we would drive through, I would become intrigued by simple three letter graffiti, either the initials PNP or JLP. I would ask my relatives what they meant. They would tell me that they were the political parties of the country.