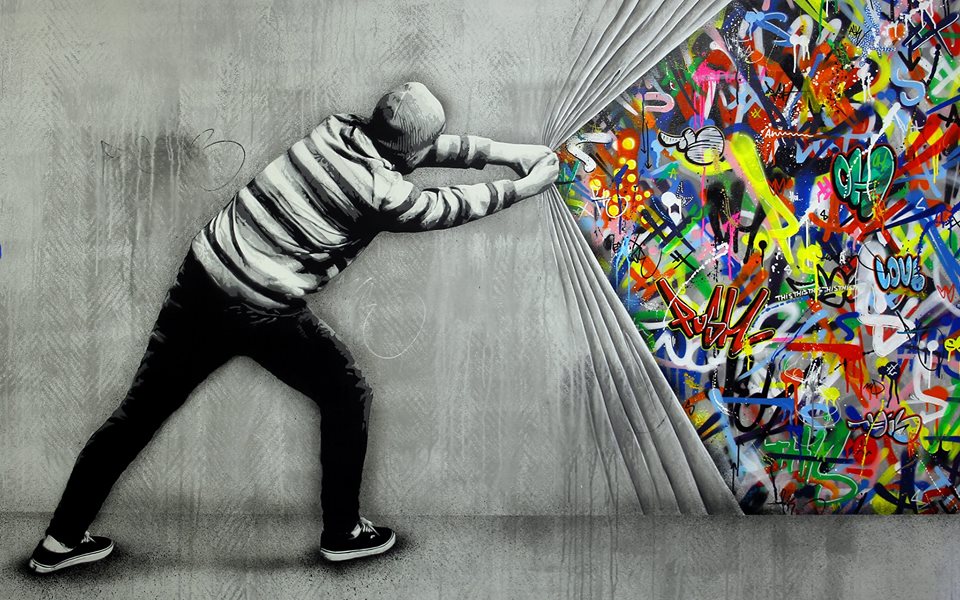 “REVIVE” is curated by Rom Levy and supported by LeBasse Projects. The exhibition marks a new phase in the artist’s creative direction. Found objects are reworked and repurposed to draw into question the individual status and collective value as…signed to ‘raw materials’. Furniture and vintage photographs sourced by Whatson from flea markets and auctions are ‘vandalized’ with graffiti. Black and white cameo portraits of Victoriana-era women are given spray painted masks in full colour. This technique allows the found object to be decontextualised, by dismantling, obscuring and

performing its original meaning – particularly the photograph. The spray can becomes a mode of theoretical obfuscation, warping the distance between centuries, and bringing to mind the work of surrealist artists such as Rene Magritte.

Throughout his career Martin Whatson has examined the nature of contrasts. This new body of work sees the prominent street artist call into question the expectations of urban art, by uprooting the medium from its urban context. Playing with ideas of vandalization, urban art in “REVIVE” is a way to deconstruct the past and articulate the contrast between a commercially produced item and the memory it contains.